New York New York is a fashion health shop in the Ueno section of Tokyo. It is owned by the same people behind Secret Touch in Ikebukuro and that shows in every way. The two places along with some other sister shops are all quite similar.

The New York New York shop is located on a busy alley in Ueno. There are neon signs on the corner pointing to the entrance which itself is topped by a large purple sign displaying the shop’s name in English. 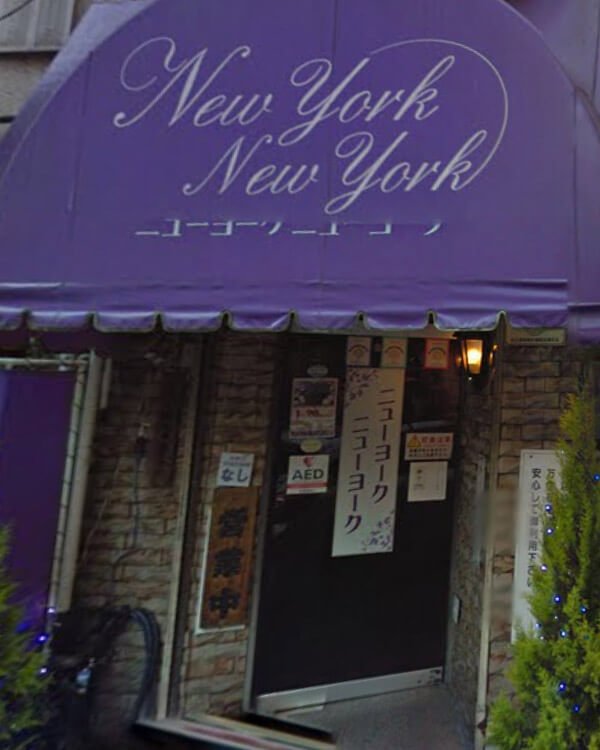 The front door to the shop is glass but covered with a red layer that partially obscures what goes on inside. Since the street is so busy and filled with all kinds of shops no one really pays attention to who goes where. Ueno is home to everything from famous ramen restaurants to oppai pubs.

Once customers enter the New York New York lobby they are greeted by a male manager in a suit. He only speaks Japanese but he is patient with foreigners who speak English. The shop is foreigner friendly for the most part.

First time customers are shown a laminated sheet explaining the way the place operates in both Japanese and English. The sheet says things like “no sex” and claims the shop only takes a bathing fee of 5,000 Yen or so. In reality customers are expected to pay a set fee of 9,800 Yen ($86 USD) for a 50 minute session. This fee is paid to a middle aged Japanese woman through a glass window inside the lobby.

Once customers pay their entrance fee they are lead to a waiting room just off of the main lobby. The room contains couches along all four walls. There is a television on one wall and lots of books and magazines around.

When the service providers are ready the customers are retrieved from the waiting room and led to one of the many bathing rooms. The bathing rooms at New York New York look exactly like the rooms at Secret Touch.

The doors have glass windows that is apparently meant to show that no sex is going on inside. There is a elevated massage table on one side covered with brown towels. At the other end of the room there is a tiled area with a shower and a drain. In the corner there is a deep square bathtub and next to that there is a shimmering gold contraption of some sort looks like some kind of pressure cooker for human beings.

The women who work at New York New York resemble the women at Secret Touch too. They are for the most part all well into middle age. Although none are overweight they aren’t what most guys would generally describe as attractive either. Most show signs of child birth and quite a few are actually married. Surprisingly a few women at New York New York can actually speak English.

Sessions at New York New York follow a basic routine. Customers strip along with their service providers. Then they head over to the tiled area and sit on a specially designed soapland stool. The service providers then give them a brief washing before asking them to take a soak in the tub. After a brief soak the service providers dry off the customers and things move back to the massage table.

From there a normal course involves some combination of kissing, touching, hand jobs and oral sex. Some of the women are better at their job than others. Some will perform oral until well after the customer has ejaculated while others finish things by hand.

After customers finish they can either lay around with their service providers and chat or head back to the wash area to get another rinse and bath. Their sessions are then basically complete so they get dressed and head out the door.