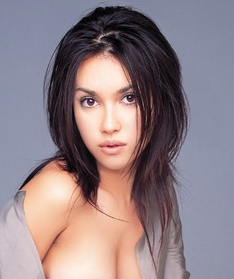 For some years now she has been under contract to the Rockza chain of strip theatres to perform three or four engagements per year; sometimes at Rockza Macau, but mostly at Rockza Asakusa in Tokyo. Her latest engagement there runs from 1 to 15 February 2016.

Naturally she is the number one stripper on this program, but there will be another five or six as per the usual Japanese strip theatre program.

For the usual entry fee (less any discount), you get to see Maria Ozawa up to four times (depending on your arrival time and how long you stay), and for about $5 USD you will get the opportunity to photograph her in any pose you like, including selfies with her in any state of nakedness! Of course, the photos will be with a Polaroid camera provided by the theatre, not your own camera. How’s that for a trophy!